How prepared are supply chains in Mexico for warehouse automation? 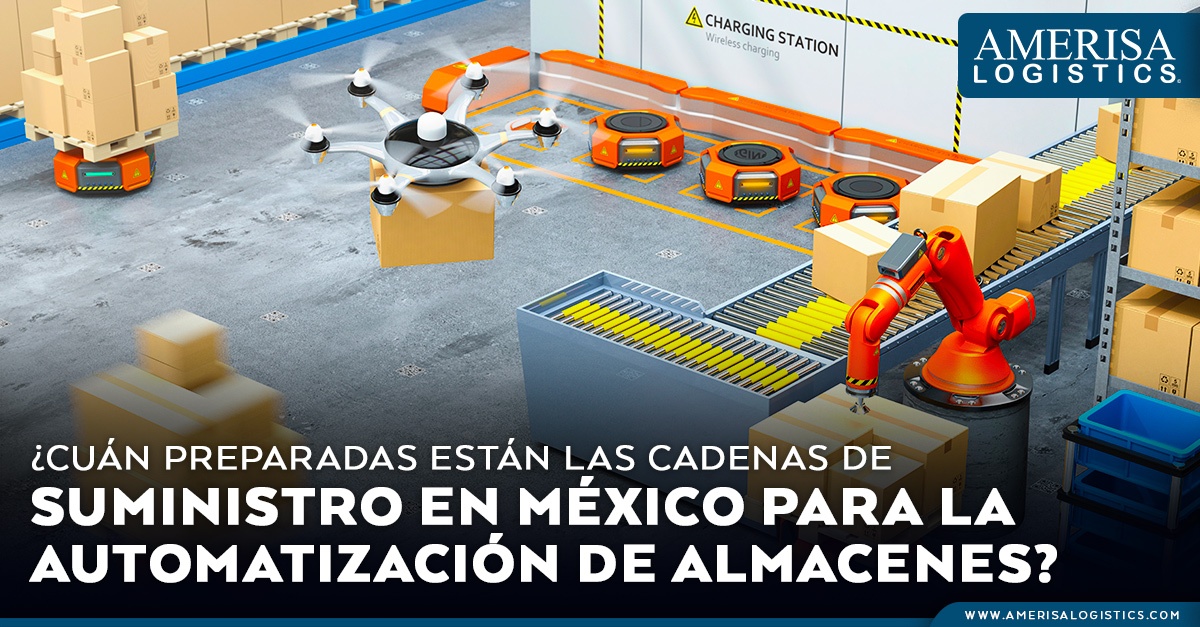 It is nothing new to say that Mexico is an emerging country in logistics, previously it had been mentioned that it currently occupies the
first place in Latin America
and the eighth globally in the Emerging Markets Logistics Index, which is made up of 50 countries.

With the above, we can get an idea that progress is being made in the matter, in addition to the fact that Mexico is becoming a benchmark in the Latin American region, being followed very closely by Brazil that occupies the ninth position in the ranking.

To achieve this position, logistics companies in Mexico have had to adapt to changes to be at the forefront of the industry, being important to highlight that adaptability in the processes of the supply chain brings with it both economic and administrative benefits.

Click here to learn more about Adaptability in the Supply Chain

Automation of warehouses in Mexico

In recent years there have been multiple changes in the logistics industry, largely due to technological innovations brought about by a new way of buying from customers.

With the arrival of e-Commerce, the industry had to rethink the way of working, solve various issues in the process that goes from the purchase by the client to its delivery, in order to have a
logistical immediacy
that the sector requires.

To achieve that immediacy that the customer demands more and more, it is necessary to streamline the processes, one way to achieve this is the robotization and automation of the warehouses.

The World Trade Organization (WTO) revealed that Mexico currently
ranks fourth worldwide
with respect to the import of industrial robots, which is due to the increase in automation of various sectors including logistics.

When talking about automation, it is necessary to know that it is a very common topic in the United States and Europe because they have been implemented for several years; in the  In the case of Mexico, it is important to mention that specialists in the logistics sector agree that the market is still in the process of maturing with a view to adopting new technologies to a greater extent in the near future.

“we are still below the European countries, even the neighboring country to the north, however, with the continuous arrival of foreign investment in Mexico it will be very useful to lead Mexican companies to this trend” –Carlos Valdez, Commercial Director Mexico and Central America of Modula

With the automation of warehouses in Mexico, multiple benefits will be obtained that will make your company more profitable. The first step to achieve this is to invest in new technologies and second to be informed of the innovations that occur day by day.

The best way to have access to these new technologies is outsourcing, so it requires a company that can provide solutions to your needs not only in storage, but also 360º. At
Amerisa Logistics,
we will accompany you in the search for flexible, comprehensive and effective alternatives to improve your logistics operations.