Importance of immediacy in logistics.

As we have already mentioned on multiple occasions, we live in an interconnected world, with technological advances that become obsolete in a couple of months, where news emerges in one part of the world and is dispersed across the planet in a matter of minutes.

The current world demands immediacy, the need for speed in things arises as a result of the changes that occurred in the industry, which with the passage of time had to adapt to the same as technological advances, where e-Commerce is the new participant, which came to change the pre-established rules. 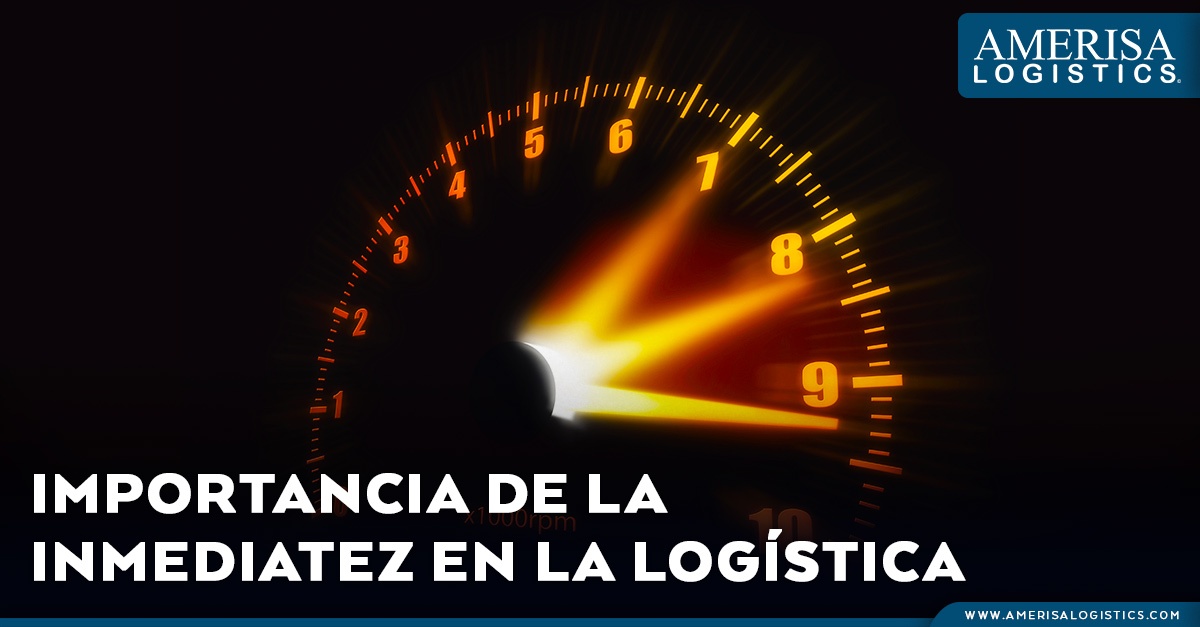 E-Commerce, as previously
mentioned,
rethought the way things are done, just as the times of the processes changed drastically. That process included the purchase, going through the preparation period to be sent to your route, your transportation and finally the last mile.

However, it is worth mentioning that these changes did not occur overnight, but began in 1960 with the the first   electronic transactions of companies,

called “Electronic Data Interchange”, from that moment several changes emerged, the most notable being in 1995 when Amazon began to sell online,

giving rise in this way to the player who came to revolutionize the logistics world.

Amazon is currently dictating the rules regarding immediacy, with a portal that allows purchases with a couple of clicks, tracking the status of the purchase process, tracking the shipment, until finally its delivery, the best of all that takes place in certain cases in just one day.

The speed with which products are delivered also responds to the consumption habits of people who require their products in the shortest possible time, creating new standards in the new mile, which is why the industry is currently looking for solutions to meet the times.

For the preservation of the immediacy of e-Commerce, it is required that the logistics sector is increasingly involved, looking for the solution to the needs that arise, helping to meet the times that the client wants, thus being logistics the banner of electronic commerce.

The robotization of storage, the management of a WMS (Warehouse Management System), transports that use the latest in satellite tracking in order to travel on the best routes, experimentation with the use of drones for the last mile and the delivery of products literally within the Customer’s address,

are some of the options to improve and shorten logistics times.

As time passes, the number of customers will grow, the market will have new demands and the offer will also have to go towards the path dictated by the companies that dominate the panorama according to what the consumer requires, so it is important that from now on your company has an ally that helps you not to be left behind at the technological level, being

the partner that will provide solutions according to your needs.